Calling all Citizens and Patriots… If you love your freedom and your way of life, the time has come to step up and be ready to fight.  This means being well armed and well trained. 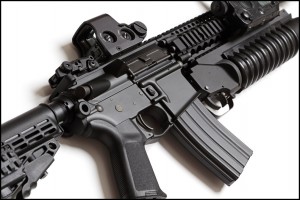 Classes are now forming for the Martial Arms – Defensive Firearms & Tactics Training.  It is my honor and privilege to work with one of the world’s premier weapons and tactics instructors, Four Weapon Combat Master:  Don Busse  (MSGT, USAF Ret). He is also the founder of Martial Arms and you can learn more about him and his courses directly at his website www.martialarms.net.

I have had the good fortune to train with Don Busse and I am happy to report that it was a life-changing-event for me.  Don’s training is years ahead of military and law-enforcement.  I was pretty extensively trained in the military and have been around guns all my life. I thought I knew everything I needed to know, and boy was I wrong.  In fact, it’s exactly that kind of smug complacency that can end up getting a person killed.

My best friend Ken Del Rio (RIP) insisted that I take Don’s Martial Arms training and he even went through the beginning class with me.  Now I am paying it forward and offering the same opportunity for my readers and fans to join me as I host this world-class training program at our private facility in Central California (or selected locations by arrangement). 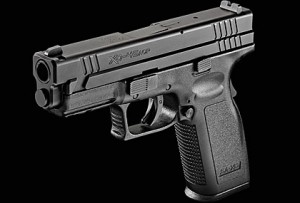 In order to be prepared for the coming tough times ahead, I believe that people should be highly trained in at least four weapons:  knife, pistol, shotgun and rifle.  Being the most versatile at longer distances, the rifle is the main defensive weapon.  For home defense, the 12 gauge pump shotgun is the weapon of choice.  In situations where neither one of those weapons are handy or practical to carry, the pistol is the best weapon.  And finally, the  simple folding pocket knife makes an excellent defensive weapon as a last resort  (and you would never leave home without a pocket knife, right?)

Don Busse offers extensive training on all of these weapons and more through his own website.  If you’re in a situation to take his scheduled courses, I give them my highest recommendation.  I envisioned a situation where people would come in from all over the country and rather than train on one weapon at a time, I wanted to train with all four weapons over the course of four days.  I approached Don (carefully) and presented the idea for this training.  Don liked it and we designed a full curriculum to run in four levels with each level running four days.  This training with this instructor in this format has never existed before and it is a unique opportunity for me to create value for my readers.

The Introductory Level (4 days) will include safety and handling of all four weapons, their systems, extensive training in their use, and basic tactics.  Just completing this first level will put you way ahead of the bad guys.  You’ll also learn what you need to practice, and thus can greatly improve your skills and technique on your own.

Then we all meet back for the Intermediate Level (4 days) and build on the basic skills. (Note, when I say basic, they’re still bad ass.)  If there’s one thing I’ve learned from watching TV and movies, including four seasons of Top Shot, it’s that most people suck and they’re doing it all wrong.  When no one is shooting back it’s just a waste of ammo, but in the real world it can get you and your loved ones killed.  So, we will build on the basics and vastly improve our techniques and marksmanship skills.  This level will also place a greater emphasis on tactics and shoot/no-shoot decisions. 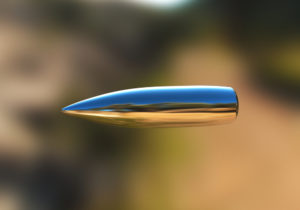 The third level is the Advanced Level and continues with the training from the first two levels.  We will continue to improve our abilities, acquire more skills, increase our tactical knowledge and skills, including low-light conditions, and eXtreme close quarter scenarios.

Most people will be light years ahead of the game with completion of the Advanced Level. Some may even progress to the point of getting their Black Belt.  When you get to this level, and you know you can avoid danger and posses skills far more advanced than just about anyone, including military and law-enforcement, it’s such a comfortable feeling that I wouldn’t want to live without it.  It’s something you have to experience for yourself to believe, and that’s what motivated me to set up this training program with Don.  In addition to protecting yourself, your loved ones and your community, if the sudden need arises to train people where you live, your community will be real lucky to have someone with your training, knowledge and skill set.  You can step up and make sure people don’t learn and reinforce life-threatening bad habits.

The fourth level is the Master Level.  This is the ultimate in weapons proficiency and tactics, including advanced real-world scenarios in real-time.  Some students at this level can test for Handgun Master (although there are only a few dozen in the whole world).

The Master Level concludes the training, but students may continue their training by arrangement with Don.  In addition, anyone who is interested in reaching out there to touch someone (in a defensive situation of course) should study with Don in his Precision Rifle courses.  Don is a world-class hunter, and former sniper.  It would be nice to include this training in the program, but it would make it too long for most people.  Of course, extra arrangements can always be made with enough advance planning.

Note:  The weapons featured here are my personal favorites and completely different from Don’s.  I’m sure it’s making him cringe (snicker) but it’s my website.  Please check out his website to get an idea of the equipment you will need to bring.  We will publish a final checklist for all preregistered students.  The private range is remote, but camping on site is encouraged and there are a few motels nearby, as well as some restaurants and convenience stores.

I would like to run the training in groups of about 12 to 16 people.  The smaller the group the more expensive the cost, but the quicker we learn.  The cost of each 4-day program, including the facilities and on-site camping, is $995 per person (which is significantly less than other schools which claim to have comparable training).  If you have a fully booked group already put together, we can schedule you at a nice discount.  And, in certain situations, we can bring the academy to you.  Please contact me for more information, details and upcoming training dates.

The course is open to men, women and families who want to learn how to defend themselves and their loved-ones in just about any situation.  It does not require former shooting experience or even that you’ve ever handled a weapon.  It doesn’t matter if you’re Barney Fife or Rambo, our courses start with the basics.  I’m sure there are lots of great schools and great instructors all over this land.  But Don is the best as far as I’m concerned and I put my money where my mouth is.  Don’s training is state of the art, state of the science, non-threatening, unassailable in its rationale, and all based on an extensive study and analysis of weapons-related crime and statistics.  Don is a good friend and the thing I like about training with him is his light-hearted manner.  It’s a serious subject, but that doesn’t mean we can’t have a little fun.

Let’s all remember that freedom is not free.  There’s few things worse than being unarmed… but one of them might be getting killed with your own weapon because you didn’t know how to use it.