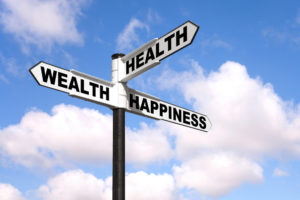 “As a retired physician, I can honestly say that unless you are in a serious accident, your best chance of living to a ripe old age is to avoid doctors and hospitals and learn about nutrition, herbal medicine and other forms of natural medicine unless you are fortunate enough to have a naturopathic physician available. Almost all drugs are toxic and are designed only to treat symptoms and not to cure anyone. Vaccines are highly dangerous, have never been adequately studied or proven to be effective, and have a poor risk/reward ratio. Most surgery are unnecessary and most textbooks of medicine are inaccurate and deceptive. Almost every disease is said to be idiopathic (without known cause) or genetic – although this is untrue. In short, our mainstream medical system is hopelessly inept and/or corrupt. The treatment of cancer and degenerative diseases is a national scandal. The sooner you learn this, the better off you will be.”

Makes you think doesn’t it?  This viewpoint captures the gist of my approach to health and wellness and I wrote about it in Living On Purpose.  And don’t forget, it’s not the ripe old age that counts, it’s the living that counts.

Dear John,
I hope you can help me. The other day, I set off for work, leaving my husband in the house watching TV. My car stalled, and then it broke down about a mile down the road, and I had to walk back to get my husband’s help. When I got home, I couldn’t believe my eyes. He was in our bedroom with the neighbor’s daughter!  I am 32, my husband is 34 and the neighbor’s daughter is 19. We have been married for 10 years. When I confronted him, he broke down and admitted they had been having an affair for the past six months. He won’t go to counseling, and I’m afraid I am a wreck and need advice urgently. Can you please help?  Sincerely, Sheila

Dear Sheila,
A car stalling after being driven a short distance can be caused by a variety of faults with the engine. Start by checking that there is no debris in the fuel line. If it is clear, check the vacuum pipes and hoses on the intake manifold and also check all grounding wires. If none of these approaches solves the problem, it could be that the fuel pump itself is faulty, causing low delivery pressure to the injectors.  I hope this helps, John

Wow.  Just finished listening to a podcast with Dr. Bruce Lipton, who I would refer to as a famous biologist.  He said something quite profound and I have to share it.

A couple of years ago my uncle shared a meme on Facebook that blew me away. It read, “You don’t have a soul.  You are a soul.  You have a body.”  That simple meme challenged what I thought I knew, and I’ve been on a spiritual quest ever since.

Lately I’ve been studying the brilliant work of Bob Proctor, and he makes it very clear that we are spiritual beings who happen to have bodies.  Moreover, our bodies are instruments and they vibrate at certain frequencies (depending on our energy and state).

So I’ve been trying to wrap my brain around this concept (although it’s still an abstract concept for me at this point).  And then today I listened to Dr. Lipton and he points out that most people believe they are physical beings and that when they die their spirit goes to Heaven.  He proposed to think of it like this instead:  We are spiritual beings who are sent here to Heaven (planet Earth) to create and enjoy life in a biological virtual reality suit!

Is that crazy or what?

Not surprisingly, Dr. Lipton was a colleague of the late great Dr. Wayne Dyer, who was a colleague and close friend of Earl Nightingale, who helped Bob Proctor learn and establish his body of knowledge and wisdom.  I plan to meet Bob Proctor next year and study with him.  He is amazing.

It’s funny when you start to learn about history and come across things like, “First let’s kill all the lawyers.” (Shakespeare, over 400 years ago) or, “Everyone hates a bureaucrat.” (Cicero, over 2,000 years ago). You think, wow, this shit has been going on a long time.

So imagine my surprise when I came across this (emergency):  “The majority of politicians have, seemingly, become high-grade, legalized racketeers. They have increased taxes and debauched the machinery of industry and business until the people can no longer stand the burden.”

The author was a lot more kind than myself.  And a statement like this could be ripped out of the latest journal or book.  Are these the ravings of a mad man? Hardly. New? Hardly. Recent?  Not even close.  This was written by none other than Napoleon Hill and published almost eighty years ago (Think and Grow Rich, 1937); and drew the praise of former presidents and titans of business and industry.

And that was long before the New Deal (the raw deal), the era of big government, the end of honest money, the entitlement mentality, and most recently the rise of the Police State in the name of fighting the war on terror (and reducing free citizens into obedient mindless subjects who don’t care that they no longer enjoy or exercise their liberty).

So, I hope you will indulge me in a rare fit of sarcasm as I fold my arms and take a good look around and say, “Yeah, things are so much better now than they used to be.  And it really makes a difference which politician wins the next election.”  Puhleeeze