Do you want to be the next Food Network Star?

Do you have a passion for cooking and entertaining?

Do you love to eat great food and share recipes?

If you have all the desire and motivation to be the STAR of your own show on the Food Network, then this week-long, total immersion boot camp could be just the training you need to jumpstart your success.

We can’t provide Alton Brown, Bobby Flay or Giada De Laurentiis, but we guarantee that you will get personalized one-on-one training that is custom tailored to your style, personality and culinary point of view.

We will find all your weaknesses and turn them into strengths.  We will play to your strengths and make them even better.  We will turn you into an invincible and irresistible Food Network Rock Star.

Among the many skills and talents it takes to be a Food Network Star, you will spend a whole week immersed in such topics as:  appearance, posture, poise, style, diction, playing to the camera, cooking and food handling, developing your culinary point of view, developing your recipes and cooking style.  You will get invaluable real-life experience in learning how to fill space as well as time management and how to deal with technical problems.  You will learn how to divide your attention between telling your stories, cooking the food, and playing to the camera.  You will learn tricks of the trade of professional entertainers, what it takes to work a room and command the attention of an audience. You’ll learn things about professional entertainment that many of the celebrities on the Food Network don’t know.

When you complete this boot camp, you will have a tremendous advantage over your competition.  They won’t know what hit them (and they won’t see it coming either). 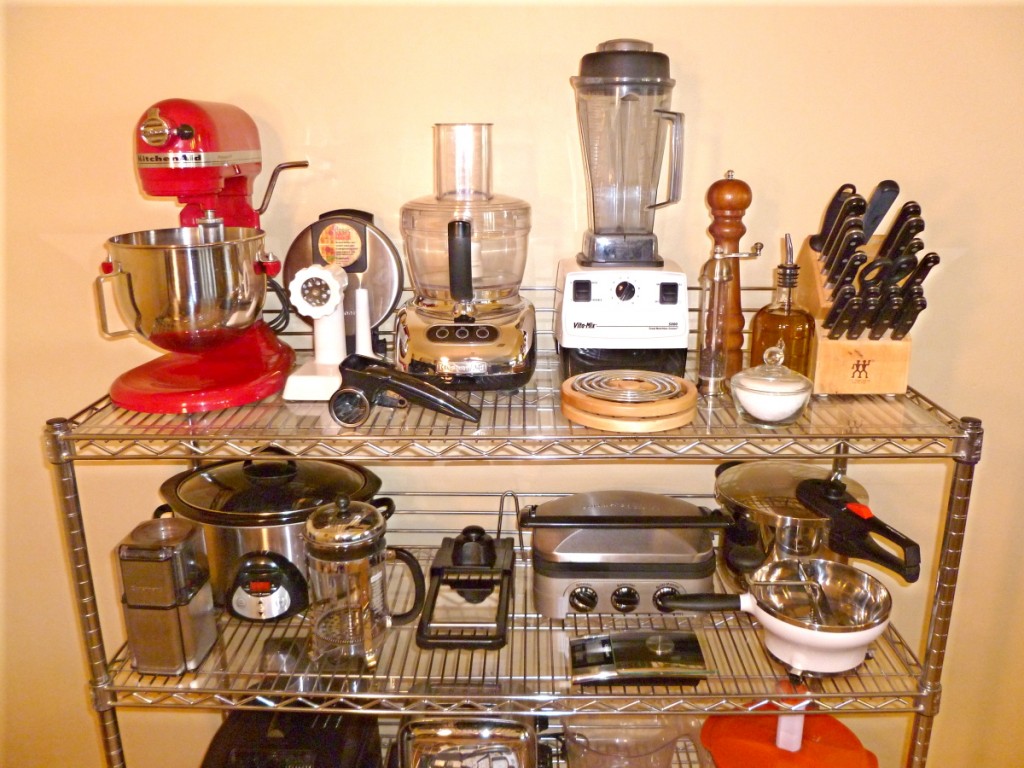 You will engage in numerous promos and cooking demos to the camera (and get instant feedback).  You’ll be cooking real food in a real kitchen, and your recipes will be put to the test.  Bring ten original recipes that are sure to wow the judges (20 would be better).  You’ll learn how to handle promos like a pro—polished and smooth as silk, with the style and personality that only you can bring.  That WOW factor that is uniquely yours.

You will get the opportunity to do a live cooking demo to a real audience of Food Network fans and get feedback on your performance and the quality of your food.  Who knows, you might even get challenged to a Throwdown.  It’s guaranteed to be fun and exciting (in a nerve-wracking kind of way) and the experience will be invaluable.  You will make some new fans (and maybe some new friends).

Think about this:  Food Network Star probably wouldn’t be that much fun to watch if we didn’t see people making dumb mistakes, getting nervous and intimidated, struggling to find their personality and culinary point of view.  But, during the production of the show (real-life competition and eliminations) is absolutely the worst time to be going through all of that stuff for the first time.  Wouldn’t it be better to cut your teeth here than to get on the show and lose?  Wouldn’t it be better to make all your dumb mistakes here (where you’re paying for the privilege) than to do it in front of millions of people?

When I watch the show, I want to see people shine and dazzle me with their personality, food chops, and culinary point of view.  I don’t want to watch them discombobulated and flustered because it’s the first time they’ve ever tried to chop an onion in front of the camera.  Maybe it took Alton, Giada and Bobby years before they were truly comfortable in front of the camera, but you won’t have that kind of time.  You’ll be lucky to get a few hours.

I conceived of this boot camp for two reasons:  One, because I know what it takes to be a Food Network Star (the total package).  Two, I’m tired of watching the sorry pool of talent.  We watch the show and do our best to like people for their personality (in spite of their inexperience and obvious lack of preparation); but finding someone with the total package is rare—someone with real STAR power.

If you think that someone could be you, then you need to do something about it.  In eight seasons they have produced only one star.  I’d say it’s time for some innovation.

Following your arrival, we will have a casual get acquainted happy hour and dinner.  We will then spend the next five days with laser focus on only one objective—turning you into a Food Network Superstar.  On the sixth day you will shoot a demo which you can use for your submission to the network.  Just like boot camp, we will shoot a demo right when you get here (for a before and after comparison) and the difference will blow you away.  You’ll be saying stuff like, “I can’t believe that was me.” or “I can’t believe I thought that was really entertaining.”  Snoozeville.  I’m speaking from experience and the camera tells the tale (which is why they made a show about it and millions of people tune in to watch it).

I’m sure everyone who has made it on the show thought that they were very entertaining.  Sadly, most of them were duds.  [Crickets chirping]  Until you have been trained by a professional, it’s almost a certainty that you’re nowhere near as entertaining as you think you are.  Nothing personal, that’s just the way it is (and I went through the process myself).

The total cost for the boot camp is $5,000 which includes accommodations for you and a guest with a private bedroom and bath for the week.  For six days and change, the tuition narrowly covers the overhead, expenses, food costs and wages.  The real motivation for turning you into a Food Network Star is to earn a small percentage (5%) of your network contracts.  If you get accepted on the show, I’ll be working with you (training and coaching) to earn that 5%.  The other motivation is to be a part of something special—a life changing event.  As a self-help author, it would be a nice feather in my cap.

Although you are allowed to bring one adult guest for companionship and moral support, we highly recommend that you come alone.  We want to focus on you as much as possible, and that includes having your undivided attention to focus on the tasks at hand.  Boot camp is not supposed to be easy.  The days will be long and intensive, and you will be tired and worn-out at the end of the day.  You will need your beauty rest.

In order to be accepted for this boot camp, we want to see people who are 100 percent committed to becoming a Food Network Star.  It’s takes a lot of heart, drive and dedication.  It takes a real passion for food and cooking.  It takes a great attitude to be open to change and personal growth.  It takes a strong desire and motivation to want to share your passion for food and cooking with Food Network fans/viewers.  And in the case of this boot camp, it takes a financial commitment.  The tuition might sound like a lot of money, but it’s not how much it costs that matters; it’s how much value you get for your money that counts.  Some people will understand that easily, and to everyone else, best of luck.

In a sense, you have to have a lot of personality, like being the life of the party; and in a related sense, you have to believe that people will genuinely want to watch you and tune in to your show.  You have to know and believe that the Food Network will be a lot better off for bringing you aboard.  Having abundant amounts of passion for food and an entertaining personality isn’t something that can be faked.  You can’t buy it.  It’s got to be who you really are.  That’s why people like Guy Fieri and Paula Deen are Superstars.

I think the Food Network is overdue for another big star.  Maybe that star could be you.  If you think it is, then you need to get in touch with me and lets make it happen.

Space is limited.  Send a brief email if you’re serious and let’s get the ball rolling.  Type Food Network Star in the subject line.  I will respond to you promptly and we will get right into the details.

If you’re good at reading between the lines, you might be wondering why I don’t just do it myself.  Good question.  I’ve thought about it.  The truth is, it’s just not my bag baby.  I don’t have any desire to create original recipes, or teach people how to cook on camera.  I’m more of a live audience kind of guy.  Personally, I don’t really like being on camera and have never liked to have my picture taken.  It’s not that I’m bad looking, it’s more a matter of being photogenic.  I love to cook and I’m passionate about food and entertaining, but I don’t feel that I have anything to offer the Food Network in terms of an original show.  If I did, I would pitch it.  I would love to host a show like DDD, but that’s already being done.

Every time Food Network Star starts a new season, I tune in and watch to see if anyone has star power (the total package).  I get exasperated and feel like I should try out for the show myself just to show people how to do it.  It seems obvious what Bob Tuschman and Susie Fogelson are looking for, yet no one can ever seem to put it all together.  I was excited with the new format last season, but still no one had the total package.  It’s obvious that Justin is a foodie and has an impressive track record; but he didn’t run away with the show.  He wasn’t my pick.  There were other finalists on the show, who if they had gone through this boot camp, they could have won instead.  I’m sure of it.  Everyone struggled with something (and most of them a lot).

From where I sit, if you’ve got what it takes to get on the show, then you should do everything you can to ensure that you will become the next Food Network Star.  You wouldn’t want to spend the rest of your life thinking about how you had a good shot at a great career, fame and fortune, and let it all slip through your fingers.

Is it possible that you could pass this boot camp, get on the show, and still not win?  Yes. No matter how good you are, there’s always the chance that someone else is better.  It’s not likely, but it is possible.  If you’re as good as I’m suggesting, you don’t have to actually win in order to get your foot in the door at Food Network.  Ultimately, it boils down to this:  if you have a passion for food and cooking and want to get on the Food Network, it would be smart to train yourself first and put your best foot forward on whatever materials you submit to the network.  You want to come across as polished and professional from the word go.  I don’t have Bob and Susie on speed-dial, but I’m sure they would find it refreshing and rewarding to work with a star who has the total package.

Don’t forget:  You have to make your own breaks.

To anyone who has read this far… you’re obviously a foodie and a big fan of the Food Network, so we have a lot in common and I wish you all the best.  We will all be watching the next season of Food Network Star.  The only question is if you will be on it.