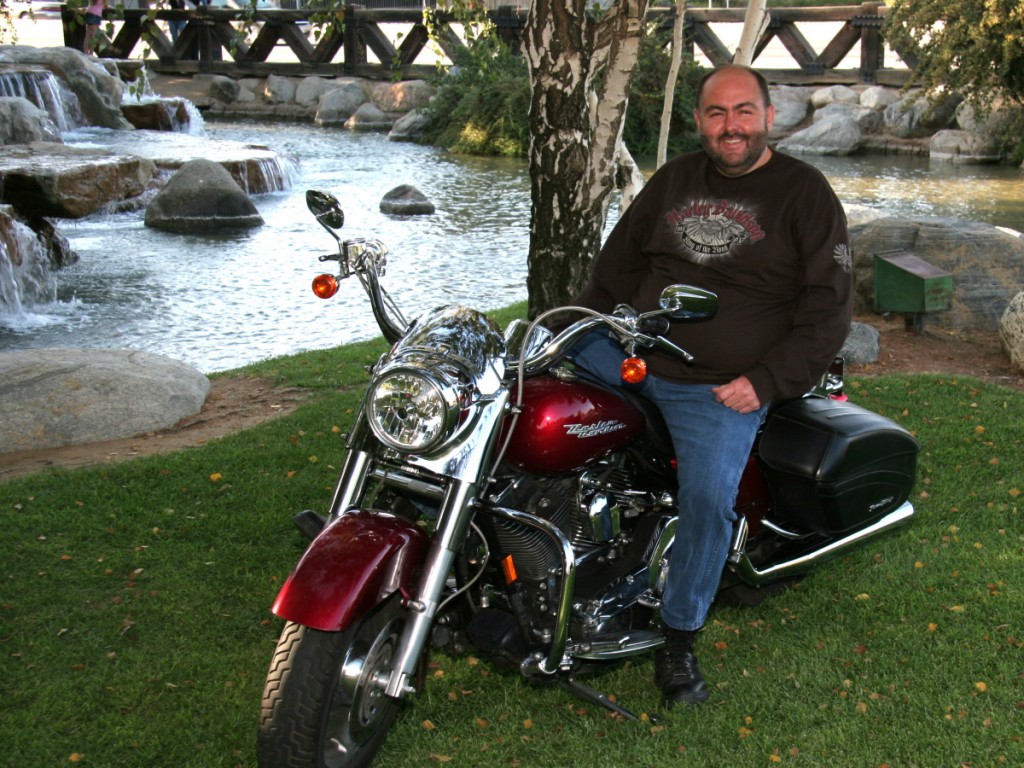 I want to take this time and space to share a few words about Ken Del Rio. It’s true he was a loving Son, a devoted Father and a model Citizen; but most important of all to me he was my best friend.

As he often referred to it, he had a “bum ticker.”  But for those of us who were fortunate enough to know him, he had a heart of gold.  Ken was the most generous man I have ever known.  I had the good fortune to be on the receiving end of his generosity a few times, but the real gift was his friendship.  I treasure the memories of our time together.

Ken lived a simple life.  He didn’t travel much, didn’t read much, didn’t get involved much with things outside of his community.  He invested his time and energy in his family and friends, and to a lesser extent his locksmith business.  He was deeply patriotic however, and really loved his country as well as the ideals for which our country is supposed to be about.  Ken was an avid history buff and liked to listen to talk radio for news, commentary on the news, current events and historical perspective.  He was a hawk and a proactive supporter of the troops.

Ken and I didn’t agree on everything.  He was admittedly thick headed and stubborn as a mule, but we agreed that it is good to have principles.  He often reminded me that matters of principle are set in stone.  Ken loved to debate, and I would sometimes find myself compelled by the force of his logic, and marvel at how his mind works.  I’m happy to say that I learned a lot from Ken Del Rio; not the least of which is to know when to pick your battles and when to be silent (let your opponent expose his weakness).

Ken was a fervent gun advocate and believed, as I do, that an armed citizenry is absolutely essential to our freedom and way of life. Ken believed in being well armed and well trained; not just as a right, but as a duty.

Ken shared my passions for good food and good cooking.  As was Ken’s style, he had the finest of everything in his kitchen.  Whenever it came to tools and equipment, he only bought the best.  He shared that fascination that I have to learn how to do things from scratch. Ken was into smoking meats, brewing his own beers, making his own ice cream, and he always made apricot preserves from his own tree.  We didn’t get together and cook for each other as often as we would have liked; but when we did, we always had seriously good eats.  Ken and I talked about many things, and it was always fun when the conversation turned to food and cooking (which it often did).

The last time I saw Ken, he rode up to the house and I made him one of his favorite summertime dishes—Taco Salad.  It was a great afternoon.  He was eager to show off the new cam in his Harley, and we got to spend some time with his fiance.  Ken and I mixed him a CD of his favorite Pink Floyd songs.  We definitely shared a love of music, and all the other good things in life.  It makes me happy to know that the last time I saw him, he was on top of the world.  A beautiful summer day, a nice ride through the mountains, spending time with friends, enjoying some great food, great music, ice cold beer.  Around these parts, that’s as good as life gets.  I hope he went home and played with his dogs and made love to his woman (to cap off a truly perfect day).

Ken died as he lived, in the service of a friend.  He had taken in a friend who was ill and down on his luck.  The friend needed to get to the VA hospital in Los Angeles, and Ken stepped up to drive him there himself.  I don’t know if it had anything to do with the sudden 4,000 feet elevation change, but Ken drove up the Grapevine, pulled off the road, and suffered a fatal heart attack right in his truck.  We all knew that Ken was having some health issues, but we were all hoping for a medical/surgical intervention that would give Ken the time he needed to get into better health.  The news of the heart attack was devastating. Ken may have suspected that he was not long for this world; but if he did, he didn’t say anything to me about it.  I know he wasn’t afraid to die, and it seems he had gained the wisdom to live each day as though it might be his last.

Ken Del Rio was more than just a good friend.  He was my buddy.  Like Freedom, you just don’t know how much it means to have it, until you lose it.  Ken really cherished his freedom, and he once confided to me that he would rather die on his feet as a free man, than live on his knees.  It was the only time I ever saw him shed a tear.  Ken and I trained together, and we had each other’s back.  Now he has moved on, and the loss of his friendship has just left a massive void; not unlike the untimely loss of my own father.

Knowing Ken as I did, and losing his friendship as I have, I was inspired to write the books and dedicate them to honor his life and our friendship.  I am lucky to have the memories of the great times we had.  I am honored that I got to be his friend, share his life, ride with him and train with him.  I know I am a better man for it.  Not only did I have a lot of fun, but I also learned a few things.  Live well, laugh often, love much and enjoy the ride.  Ken Del Rio really lived the life, and he is an inspiration.

Thanks for sharing this time and space with me.  It’s just a few words, but I’ve got lots of great stories about Ken, and I will always be happy to share them.  Wherever he is at now, I’m sure he is Acting BIG.  I know if it were up to him, he would want me to celebrate his life, and not mourn his passing.  I did a pretty fair job fighting back the tears during most of his funeral service, until the end… when they cued up Desperado.